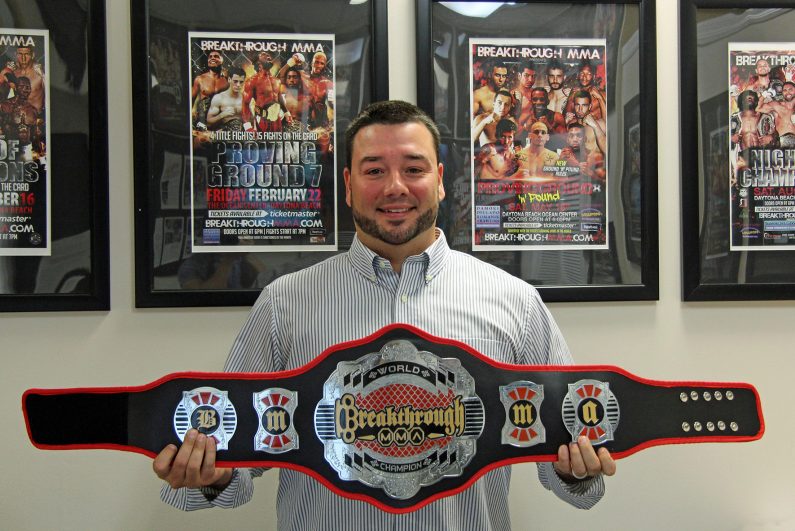 Daytona Beach News-Journal/Flagler News-Tribune. Sitting in a small back office at True-Tech AV, a home theater installation and smartphone/computer repair store in Palm Coast, the walls covered in fight posters, owner Jason Arnett thought about how much his favorite sport has changed in 23 years.

It was Nov. 12, 1993. Arnett, now 37, was barely in his teens, living in a suburb of Cincinnati, when he and some friends tuned in to the very first Ultimate Fighting Championship pay-per-view event — UFC 1: The Beginning.

Unlike the fast-growing sport today, mixed martial arts events in the early 1990s were seen by many as a fringe spectacle akin to “tough guy” competitions. But Arnett has never been a bandwagon fan. Back then, fighters of one discipline — sumo, boxing, karate, judo, and others — were pitted against one another in the now-iconic octagon to determine who owned the “alpha style.”

Previous Next
Close
Test Caption
Test Description goes like this